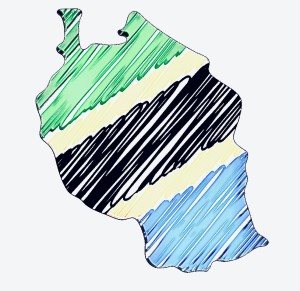 #Vaccines4Tanzania is a campaign to raise awareness of the mismanagement of COVID-19 in Tanzania and to urge President Magufuli to allow testing, participate in the COVAX programme and lead a public health education campaign

Journalists outside of Tanzania, Magufuli is silencing your colleagues, lend them your voice.

The last time President John Magufuli was seen in public was at an event on 27th February. This is most unusual for a President who is usually very visible, and he never misses going to church where after the religious service, he is known to deliver speeches to the congregation. Last week local journalists rightly […]

President #Magufuli,”Kiburi si maungwana” (A Swahili proverb which means pride is not gentlemanly)

Across Tanzania and around the world, people are asking, “who is the African leader currently being treated in Nairobi Hospital”. There is much speculation that this mystery leader is President Magufuli of Tanzania. You may have heard of him; he is part of a club of leaders who have either denied the existence of coronavirus […]

Powerful piece from Kim Sanderson about COVID denial in Tanzania

I am incredibly grateful to North East Bylines for shining a light on Tanzania’s plight. Kim Sanderson’s piece ‘Hakuna COVID’ asks a fundamental question, why is the UK not intervening? We used to take pride in our diplomatic efforts to help bring about change. Like many in the UK, I tuned into the Commonwealth Day celebrations on Sunday on […]

Vaccines for Tanzania on #CommonwealthDay

Tanzania and the UK have strong connections, in particular through the Commonwealth Association. The Commonwealth is unique as member states have no power over one another; instead, countries with diverse social, political, and economic backgrounds are regarded as equal in status and cooperate within a charter of shared values. The values include promoting democracy, human […]

Last week I had queried why the European Union had released COVID support funds to a country that is allegedly free of the virus. I was wondering where the 27 million EUROS were spent. Could it be that the money has been spent on installing saunas at two national hospitals? Oh yes, this is President […]

The Pope’s visit to #Iraq gives a dangerous narrative to #Magufuli.

According to Tanzania’s Catholic Church more than 25 priests and 60 nuns have recently died with COVID like symptoms. ‘COVID like’ because the Tanzanian President has of course claimed the country was cured of the coronavirus with prayer. Since the last reported cases in April 2020, there is no COVID testing on the mainland. The […]

I wanted to channel my anger and grief positively. A value my late father instilled in me was to take action and not complain. So, when dad died; I made a list of research groups, NGO’s, government ministers and individuals with a connection to Tanzania and wrote to them. I am immensely grateful to receive […]

I woke up to 22 messages on my WhatsApp. These days, I get really nervous when I see so many messages, gone are the easy days of funny forwards. These days it can only mean bad news – and it was. A family friend aged 38 died leaving his wife and mother in hospital, all […]

The UK is concerned about the Brazil COVID variant, what about Tanzania?

I am really grateful to Jason Burke for writing about the situation in Tanzania and for giving me the opportunity to share my story and to raise much needed awareness. I feel like I am living in a parallel universe, the messages on my WhatsApp are bleak with daily news of someone we know taken […]

Something went wrong. Please refresh the page and/or try again.